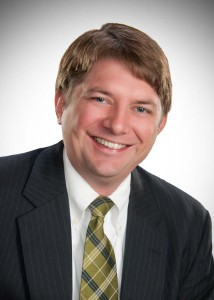 Making a personal injury or civil liberty claim in SC against the state or another governmental entity in the state can mean not getting the compensation to which you really should be entitled. That’s due to a cap on most damages under the SC Tort Claims Act, limiting the maximum damages to $300,000. While that may seem like quite a bit of money, it is actually very little in many cases.

Why the Cap Matters

For example, a trial in the summer of 2014, brought against Richland County Sheriff Leon Lott, resulted in the jury returning a verdict for $1.6 million in damages. The Plaintiff had sought relief based on abuse of process and malicious prosecution. However, the judge reduced the jury’s award to $300,000, citing the cap on damages under the Tort Claims Act.

This cap only applies when the Defendant is a government agency subject to SC’s Tort Claims Act. Even though the damage done by this agency was found to be significantly more than $300,000, the Plaintiff was left with a judgment that did little to make her whole again. At that rate, the Plaintiff received under 20% of the fair compensation for the sustained loss.

Unfortunately, this happens all too often with tort claims in SC involving the government and is something that can (and should) be changed. The justice system is designed to make sure injured people are fully and appropriately compensated for injuries they sustain, which was clearly not the case in this recent trial.

Justice Has Not Been Done

As such, the system failed to provide any kind of actual justice to the Plaintiff in that case, just as it has failed numerous others over the years. The legislature could right these kinds of wrongs, by adjusting the cap upward for tort claims and damages. The issue has not been revisited in a long time, and must be reconsidered in order to provide fairness and justice to plaintiffs who bring claims for damages against government agencies.

If the cap was adjusted upward, though, this would have to be done every few years, to make sure it is keeping in line with inflation and other factors. This would take time and effort on the part of the legislature, but would also provide a much more realistic assessment of justice and fairness for plaintiffs who bring civil claims subject to the Tort Claims Act.

Striking Down the Cap

There is a better way: remove the cap completely. That way, justice could be done in every case, and there would not be a need to strike down verdicts because they were “too high.” Verdicts are founded on injuries and damages imposed on an individual, not baseless windfalls. When an unfortunate incident happens that adversely affects someone, that person has the right to assert a claim and bring suit, if necessary. At that point, he or she should be treated fairly, and compensated in full for the damage done. Without a cap on such damages, that compensation could be adequately determined by a judge or jury and the actual amount of damages could be awarded to the plaintiff, rendering the process just and fair.