Auto Accidents On The Job: 5 Things to Know

Auto Accidents On The Job: 5 Things to Know 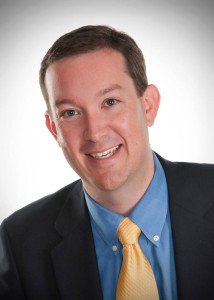 In the state of South Carolina, workers’ comp can cover your medical bills and a portion of lost wages. It can also compensate you for disability or disfigurement; however, workers’ compensation does not pay for pain and suffering.

A workers’ comp claim is between you, your employer, and their workers’ compensation insurance carrier. A civil “tort” claim would be directed against the person who caused the automobile accident. Unlike workers’ comp, civil claims might cover all lost wages as well as pain, suffering medical bills, and other damages.

However, if you recover monetary damages from the civil claim against the “at-fault driver,” you may need to utilize that money to pay back part of the workers’ comp benefits you received.

Many companies have liability insurance that will protect you from being held personally liable for damages like medical bills. For example, if someone is injured in an accident that you caused while you were working, they may sue for damages but you might be protected from a judgment against you personally.

Accidents that happen when you’re carrying out work for your employer, such as going on sales calls or running errands for your boss, are likely covered by workers’ comp, even if you were driving your own car at the time. But commuting to and from work is generally not covered.

If you drive your own car regularly for work (as many delivery drivers do, for instance), check that you’re covered either by your own car insurance policy or by your employer’s commercial liability and workers’ comp policies. Otherwise you may be found personally liable for an accident, which could be financially devastating.

Talk to a Workers’ Comp Attorney

Workers’ compensation can get complicated when it comes to car accidents and determining responsibility and fault. Contact the South Carolina workers’ comp attorneys at The Carolina Law Group for a free consultation at 864.312.4444 in Greenville or 864.757.5555 in Greer and Spartanburg.