Is South Carolina a No-Fault State?

Is South Carolina a No-Fault State? 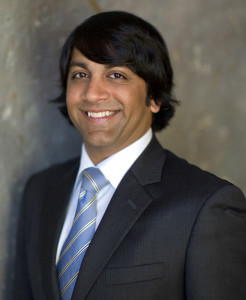 In the US, different states have different ways of handling compensation after a motor vehicle accident. You’ve probably heard the term “no-fault” and possibly “at-fault” to describe these systems. If you live in South Carolina, you might be wondering if it’s a no-fault state.

No, South Carolina is not a no-fault state.

But there’s more to the topic, so read on to find out the difference between no-fault and at-fault systems and why fault matters so much in South Carolina.

What is a No-Fault State?

A no-fault state is one in which fault is not a relevant factor when determining who will pay damages in a motor vehicle accident. Each driver maintains auto insurance that will cover them if they’re ever in an accident, whether they caused the accident themselves or it was caused by another driver. This system cuts down on the time and resources spent determining fault in an accident and ensures that insured parties who suffer damages are compensated (at least partially). It also cuts down on the number of car accident-related lawsuits, though it doesn’t eliminate them entirely.

Why Fault Matters in South Carolina

The alternative to the no-fault state is an at-fault state, or tort state, which is the system South Carolina uses. In these states, fault does matter, and determining who caused an accident is an extremely important – sometimes difficult, sometimes time-consuming – step. The insurance company of the driver at fault is responsible for paying damages in an at-fault state.

What about in cases where more than one party was responsible for causing an accident? In South Carolina, which is a comparative negligence state, a driver partially responsible for causing the accident can still recover a limited amount of damages as long as their share of the fault is less than the other driver’s. In other states that use a contributory negligence rule, parties that contributed to the accident to any degree are unable to recover damages, unless some exception applies. (Read more about comparative negligence and contributory negligence here on our blog.)

Contact the Car Accident Attorneys at The Carolina Law Group

Determining fault is a critical step in handling a car accident case in South Carolina. Even if you are partially at fault for the accident, you may still be entitled to damages. For that reason, you want to be sure that you’re gathering the right documentation and evidence to build the strongest case possible in your favor.

If you’re in a traffic accident in South Carolina, work with the experienced personal injury lawyers at The Carolina Law Group. They know how to build and present a strong case and will fight for you to get the compensation you’re entitled to while you focus on recovering after your accident. It’s always free to discuss your case at an initial, no-obligation consultation so call one of the numbers below to schedule yours today.

Mr. Patel worked for the Greenville County Public Defender’s Office in 2005 after graduating from law school. While there, Mr. Patel handled thousands of cases ranging from low-level misdemeanors to high-profile murders. In March 2011, Mr. Patel and Mr. Desai formed The Carolina Law Group. Mr. Patel practices in the areas of criminal defense, family law, and personal injury. In 2011, Mr. Patel was elected as the President of the Greenville Criminal Defense Lawyers Association (GACDL).