What is Considered a Workers’ Compensation Injury?

The Carolina Law Group > Blog  > What is Considered a Workers’ Compensation Injury?
0 Comments

What is Considered a Workers’ Compensation Injury?

You were injured on the job, but it was your fault – is that covered under workers’ comp?

You were driving as part of your job and were injured in a car accident – is that covered under workers’ comp?

You were injured at the workplace while roughhousing with a coworker – is that covered under workers’ comp?

Knowing whether your injury is covered under South Carolina’s workers’ compensation program can seem tricky. Here’s some ways to tell if your work-related injury could be covered.

What qualifies as a covered injury under workers’ compensation?

In South Carolina, injuries that happen during the course and scope of work are usually covered under workers’ comp, regardless of fault. 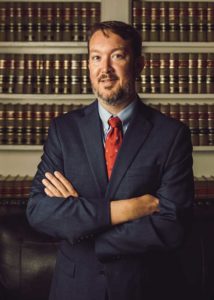 What if the injury was my fault? Is it still covered by workers’ comp?

With a few exceptions (see below), yes, it’s still covered. The “no fault” aspect of workers’ comp is key. The program was set up in part to ensure that workers would get fair compensation for medical treatment and lost wages without having to go through the long, stressful, and potentially very expensive process of suing their employer. This eliminates the need to prove fault.

For example, if you slip and fall and break your leg at work, that will be covered whether the slip and fall was the result of your own carelessness, workplace conditions, or pure accident.

Injuries that are not covered under workers’ comp in South Carolina

In South Carolina, workers’ compensation generally does not cover injuries that were sustained while:

–        Intoxicated, when the intoxication causes the accident;

–        Roughhousing or other unacceptable behavior in the workplace; or

–        Intentionally trying to harm or kill yourself or someone else

This list is not exclusive. If you’re unsure whether your injury is covered, speak to an experienced workers’ compensation attorney.

Contact the Workers’ Compensation Lawyers at The Carolina Law Group

Were you injured in the workplace or during the course of work? If you’re looking for an attorney to help you with your case, contact us here at The Carolina Law Group. We help people across the state navigate the workers’ comp system to ensure they get the compensation they’re entitled to under the law so they can recover and get back to work. Call us at one of the numbers below today.

Call us at one of our four offices or contact us online to schedule your free consultation with one of our attorneys. Our business hours are Monday – Thursday 8:30am – 5:30pm & Friday 8:30 am – 5 pm. Weekend and evening hours by appointment only. Our Greenville, SC law firm offers Spanish, Hindi, and Gujarati language translation services for your convenience.